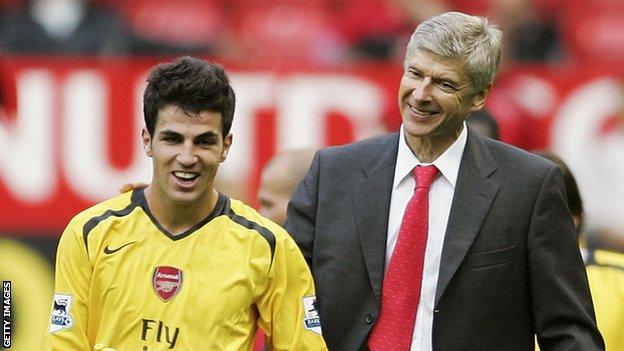 Cesc Fabregas was told by Arsenal manager Arsene Wenger he would struggle to secure a place in the team when he enquired about returning to the club.

Arsenal had first option to buy back the Spain midfielder when he was made available by Barcelona, but he joined Chelsea for a reported £30m last week.

"We talked with Wenger but he said he'd find it hard to make a place for me on the pitch as Mesut Ozil had my position covered," said the 27-year-old.

"There were some very good options and I chose between the best two or three," added Fabregas, who is on duty with Spain at the 2014 World Cup.

"I spoke with [Chelsea manager] Jose Mourinho and he said what I wanted to hear and things went very quickly from there.

"This is not the right moment to talk about this, though, as we need to be focused on the national team and the World Cup."