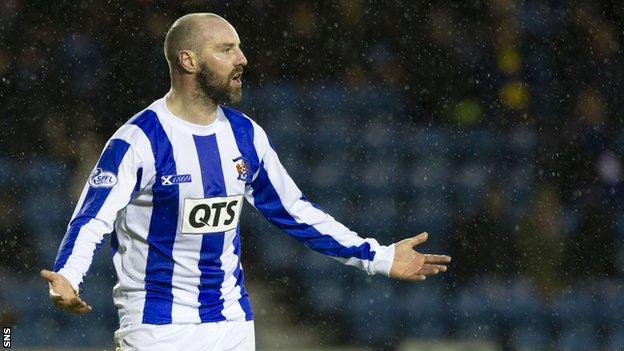 Aberdeen boss Derek McInnes says he has spoken to striker Kris Boyd about a move to Pittodrie.

Boyd scored 22 times for Kilmarnock last season, but is now out of contract and available on a free transfer.

The Scotland international, 30, is now considering an offer to join the Dons ahead of their Europa League qualifying campaign, which begins on 3 July.

"We have made a pitch of what Aberdeen can be as a club for Kris," said the Dons manager.

"I managed to meet and talk with Kris and also talked to his agent. We have had a discussion and said we would like to bring another forward into the club.

"Kris has a few other options and wants some time to consider them."

Dundee United and French side Nimes are also reported to be chasing Boyd's signature after Rangers decided against signing him.