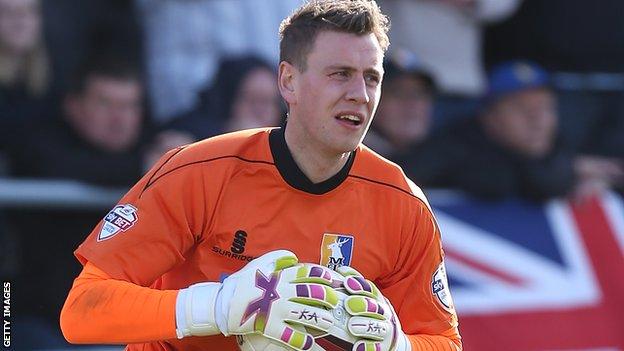 Goalkeeper Alan Marriott is leaving Mansfield after five-and-a-half years, having failed to agree a new deal.

The 35-year-old, who joined the Stags from Rushden & Diamonds on a free transfer in January 2009, kept 66 clean sheets in 201 league appearances.

Marriott told BBC Radio Nottingham: "I had a few discussions with the manager and for one reason or another it was not meant to be.

"I am very sad and disappointed as I was very keen to stay."

Marriott began his career as a trainee at Tottenham and moved to Lincoln in 1999, where he spent nine years before joining Rushden in 2008.

Stags manager Paul Cox said: "I wish him every success in the future.

"Alan has been a tremendous servant to the club in the years that I've been here and I'd like to place on record my thanks to him for his efforts."