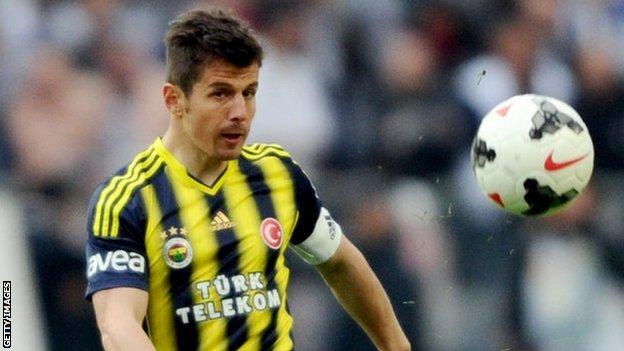 Turkey international Emre Belozoglu has been given a two-and-a-half-month suspended prison sentence for a racist slur he used against Ivorian midfielder Didier Zokora during a match in 2012.

The incident occurred in April 2012 in Fenerbahce's match with Trabzonspor.

Zokora is currently in Brazil for the World Cup with Ivory Coast.

The sentence was suspended by the court because the 33-year-old had not committed any previous offences of a racist nature, and in the belief that he would not repeat his behaviour.

Emre was accused of racism three times during a three-year spell in the Premier League at Newcastle but English Football Association investigations found no proof.

He is the first Turkish footballer to be sentenced for racism.