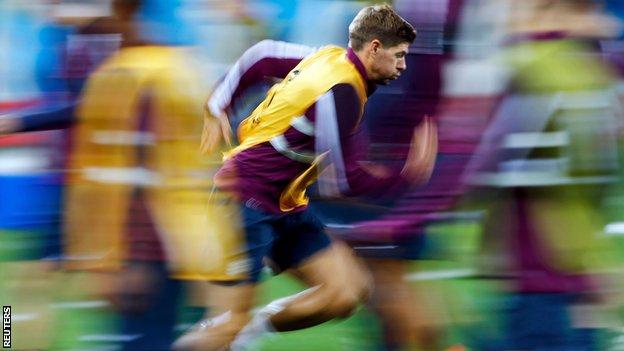 England will attempt to get their World Cup campaign back on track on day eight as they travel to Sao Paulo for a crucial match against Uruguay.

BBC Sport expert Mark Lawrenson: "Colombia were very impressive in their opening win over Greece, and they set a great tempo against potentially awkward opposition. Their preparation for this tournament must have been spot on.

"These are the best two teams in the group and this has the feel of a game they might both be thinking it is important not to lose."

"Much has been made of the damage that Luis Suarez can do to England, but he has not played since 11 May and, although he might now be injury free, he can be nowhere near match fit.

"I am backing England to win, and I don't think they have got to change too much from their defeat by Italy, although I would play Wayne Rooney in the number 10 position because you want his quality involved in crucial areas.

"England need to switch on more when they don't have the ball but, against Italy, they played it around nicely, did not lump it and carried a real attacking threat. I still think they will get out of the group."

"Greece did not look up to the task against Colombia and I have a feeling Japan will have too much energy for them as well. If Japan can cope with the physicality of the Greeks, then I think they will win." 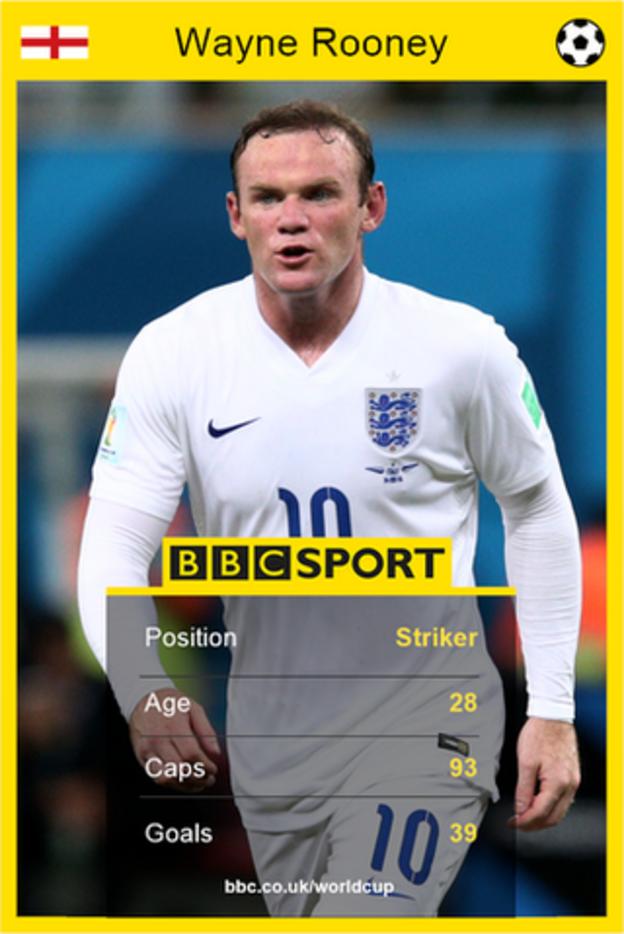 Wayne Rooney is under the World Cup microscope and on Thursday the eyes of a nation - if not the world - will be on the England striker.

We say "striker", but much furore has surrounded Roy Hodgson's use of the Manchester United player on the left.

Former Three Lions frontman Alan Shearer and ex-England manager Graham Taylor say the 28-year-old should be deployed centrally, while his former team-mate Gary Neville believes Rooney will cope with the "drama" and criticism.

In 93 international caps, Rooney has hit 39 goals. No-one in England's squad can rival the tally, and one more will make him the country's fourth-highest goalscorer of all time.

Over to you, Wayne. No pressure.

Daniel Sturridge may have scored his first World Cup goal against Italy, but in Diego Godin he will face arguably the stand-out defender of European football in the past 12 months.

Godin, leggy and uncompromising, could not have dreamt of winning a Spanish title when he left Villarreal for Atletico Madrid in 2010. But four years later, the 28-year-old has won La Liga, the Europa League and the Spanish Cup.

Godin is no giant, but he is a threat in the opposition's box, as he showed when heading home the goal that secured Atletico the league title this year.

He will not relish the wriggling, speedy conundrum Sturridge presents, but the Liverpool striker will need to be at his best to get anything out of a player seemingly at his professional peak.

England have never conceded two goals or more in three successive World Cup games before. They conceded two against Italy on Saturday and four against Germany when they were knocked out of the 2010 World Cup.

England have scored in each of their past eight World Cup encounters with South American sides.

Wayne Rooney is yet to score a World Cup goal. England's match with Uruguay will be his 10th game, if he plays.

Ivory Coast have failed to score in only one of their seven World Cup games (0-0 v Portugal in 2006), but seven of their 11 goals in the competition have arrived after the 60th minute.

Greece have failed to score in six of their seven World Cup games. Only against Nigeria in 2010 did they manage to find the net, with Dimitris Salpingidis and Vasilis Torosidis scoring in a 2-1 win.

Keisuke Honda has been involved in four of Japan's past five goals at the World Cup (three goals, one assist). He is the country's top scorer in the competition (three goals).

Greece have conceded an average of 2.6 goals per game at the World Cup, the highest ratio amongst the 32 teams involved in this tournament.

Uruguay might not be fancied to reach the World Cup final in 2014, but they won the tournament the first time it was staged, in 1930.

After a pre-match row over which ball to use, it is believed the Argentine ball was used in one half and the Uruguayan ball in the other, leading some to say this was the source of the phrase "a game of two halves".

Uruguay, who also won the 1950 World Cup in Brazil, drew with hosts and eventual winners England 0-0 in the 1966 World Cup opener.

Sao Paulo - where Uruguay take on England - is Brazil's largest and most populous city.

It is also the country's most diverse city, with more than 100 ethnic groups represented and the largest number of Japanese descendants outside of Japan.

The city is home to some of the country's biggest companies, and to its main cultural and gastronomic scene.

However, it also has some of the worst crime statistics in the country.