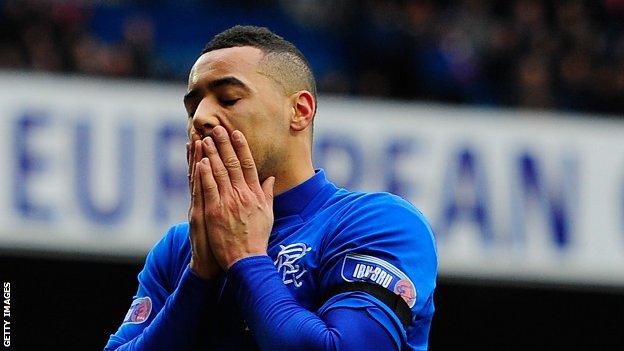 Relegated Barnsley have completed the signing of striker Kane Hemmings from Cowdenbeath on a free transfer.

Hemmings scored 24 goals for Cowdenbeath last season, including two hat-tricks, and was named Scottish Championship Player of the Season.

Barnsley manager Danny Wilson said he did not believe the 22-year-old would struggle to adapt to English football.

"He has got good pace and is a very good finisher as the stats will tell you," said Wilson.

"He can play in a number of positions, but more importantly he's down the middle and has got goals in him, which is what we want to bring into the team."

Hemmings began his career at Tamworth before moving to Rangers, for whom he made 10 appearances, and then joined Cowdenbeath in the summer of 2013 after a successful loan spell.

He is Barnsley's second signing since being relegated from the Championship, following the arrival of ex-Sheffield Wednesday goalkeeper Adam Davies.