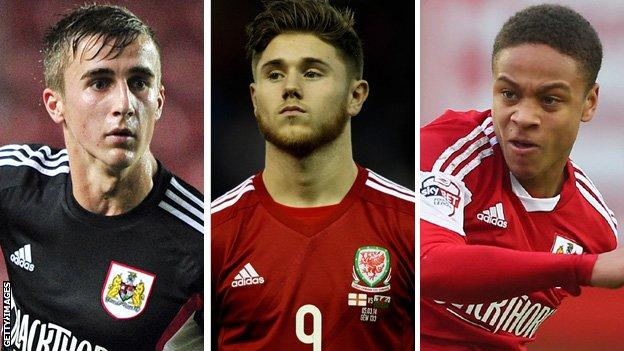 Joe Bryan, Wes Burns and Bobby Reid have all signed new two-year contracts with League One side Bristol City.

Midfielder Bryan, 20, scored his first goal for the club in the Johnstone's Paint Trophy local derby win over Bristol Rovers in September.

He finished the season with 28 appearances for City.

The midfielder has played 38 games for the club, and has previously had load spells at Cheltenham and Oldham.

Speaking about the three academy graduates, director of football Keith Burt said: "This will give the three players a tremendous boost in confidence.

"They've done exceptionally well coming through the system here at Bristol City. Now they have to go and push on further."