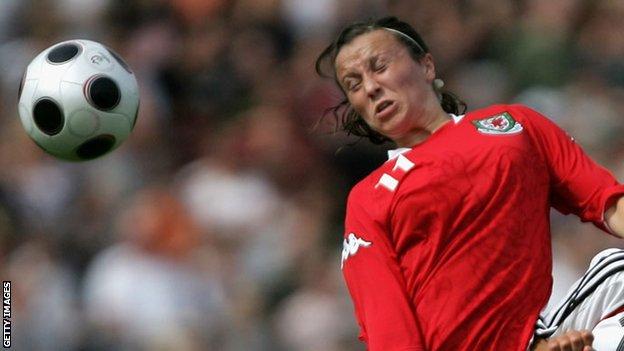 Wales Women have not given up hope of overtaking England in their World Cup qualifying group according to striker Natasha Harding.

The Bristol Academy forward scored a late hat-trick as Wales beat Belarus 3-0 to keep their hopes of automatic qualification alive.

With two games to go, Wales remain second, five points behind group leaders England who they face next.

Hopefully we'll take it to the last game, down to the wire for the first spot

They face Wales next on Thursday, 21 August at the Cardiff City Stadium.

Four runners-ups from the seven groups will go into two rounds of play-off matches for the remaining World Cup spot.

Wales are well placed, nine points ahead of third-placed Ukraine, who have two games in hand and are their opponents in the final group game.

Harding says the Wales squad can still finish top of the group if they get a win against England.

"We still dream and believe that we can get something from that [England] game," she said.

"Hopefully we'll take it to the last game, down to the wire for the first spot."