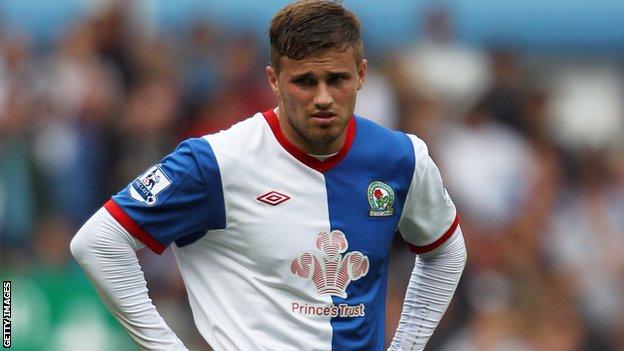 Goodwillie, 25, has agreed to terminate his contract at Blackburn a year early and will be a free agent.

Boyd is also out of contract, having been Kilmarnock's top scorer with 22 goals last season.

"We would be a real force to be reckoned with if we could get those two signed," chairman Michael Johnston told BBC Scotland.

"It's at an early stage (with Goodwillie) but (manager) Allan (Johnston) and (new assistant manager) Gary (Locke) are very keen on him and I think that would be a great combination up front."

Boyd, 30, has had talks with Premiership rivals Aberdeen and Dundee United have also expressed an interest but Kilmarnock are anxious to hold on to the experienced former Rangers and Middlesbrough forward.

"We are still working on that," chairman Michael Johnson told BBC Scotland when asked about Boyd's future. "I spoke to his agent today and Kris is due back from holiday tomorrow, so I would expect things to move ahead fairly swiftly.

"We'd like to know where Kris stands as quickly as possible and hopefully he will confirm that he is staying with Kilmarnock.

"We have offered him a lengthy contract and tried to give him our best financial proposal."

Goodwillie moved to Ewood Park in August 2011 for a £2.8m fee from Dundee United.

However, the Scotland international scored just five goals in 34 appearances, 24 of those coming as a substitute.

Since joining Rovers he has had loan spells at Crystal Palace, Dundee United and Blackpool.

He scored six goals in 22 games for United last season, with his first club deciding against extending the loan agreement, before knocking in three in 13 for Blackpool.

Chairman Johnston went on to say that his manager would be looking for "seven or eight" new players over the summer.

"The sooner we can get them in and get everybody working together the better but, as usual with these things, it takes time and we may have to be patient."