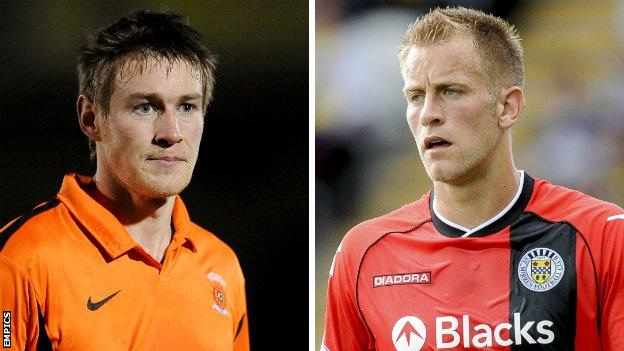 Carlisle United have agreed to sign Hartlepool United midfielder Antony Sweeney when his contract expires this summer, and brought in left-back Danny Grainger on a one-year deal.

Former Pools captain Sweeney, 30, will join on a two-year deal after 410 games and 58 goals at Victoria Park.

Grainger, 27, was most recently with Scottish side Dunfermline Athletic, after his January exit from St Mirren.

He began his career as a trainee at the Cumbrians' centre of excellence.

Carlisle begin their League Two campaign at home to Luton Town on 9 August.

The signings are the first to be made by manager Graham Kavanagh since the club were relegated to the bottom tier, and follows the release of 11 players at the end of last term.

"He's strong and he's capable of going box-to-box which, in turn, helps when it comes to getting or creating goals," Kavanagh said of Sweeney's arrival.

Meanwhile Grainger fills the full-back berth and arrives at Brunton Park with a Scottish Cup winners medal from his stint at Hearts in 2012.

"It's his local club and I know, from talking to him, that he is determined to make an impact. He's another who is aggressive, who has ability on the ball and who likes to attack as well as do his main job of defending," Kavanagh told the club website.