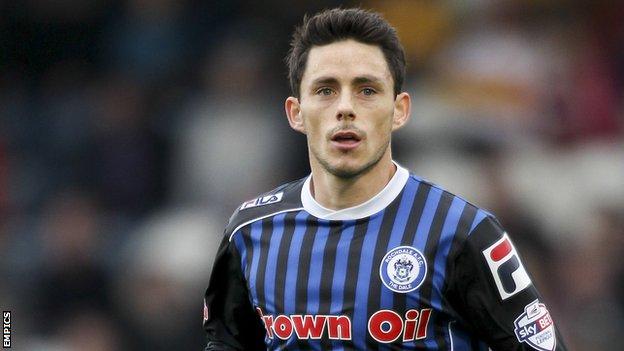 Ian Henderson has signed a one-year extension to his contract at League One newcomers Rochdale.

The 29-year-old winger had 12 months remaining on his existing deal but has now committed himself to the club until the summer of 2016.

"It all came after the incredible promotion-winning season that we had," Henderson told the club website.

"I spoke to the manager (Keith Hill) and we agreed on a one-year extension to my contract. I'm more than delighted to have signed it."