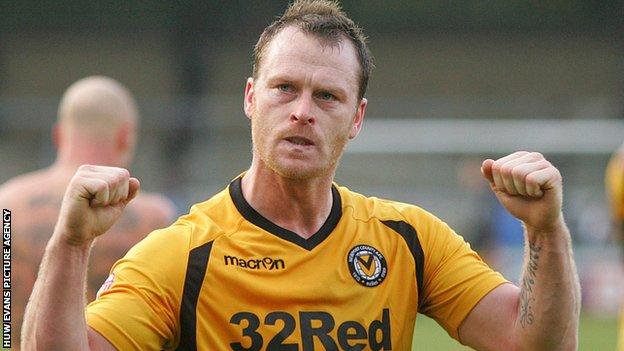 Newport midfielder Michael Flynn says he has ambitions to become a manager after his appointment as Exiles' academy boss.

The 33-year-old is poised to sign a one-year contract at Rodney Parade and will combine coaching with playing.

"It's something I've always wanted to do," he said.

"It's something I want to give back and be part of and hopefully go on have a good career in management as I have in playing."

The former Wigan Athletic and Blackpool player was told in February this year that the club would not be offering him a new contract.

But manager Justin Edinburgh decided he wanted to retain Flynn and the 33-year-old was offered a one-year contract extension.

"If Justin moves on to bigger and better things then he might take me with him or there might be an opportunity at the club," Flynn added.

"But that's something I'm not thinking of.

"The only thing I'm thinking of at the moment is playing well for Newport and producing some youngsters for the first team and hopefully saving the club or making the club some money."