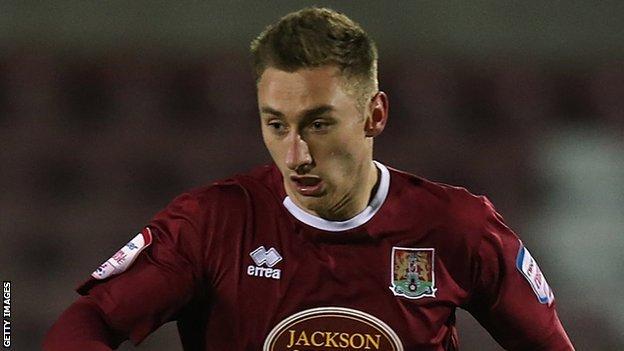 The 22-year-old played under Wrexham boss Kevin Wilkin at Nuneaton and was the club's leading scorer with 17 goals last season.

Moult, who has been offered a new deal by Nuneaton, held talks at the Racecourse last week.

"Louis has one or two things to sort out but we hope to get him signed up this week," Wrexham's football operations chief Barry Horne said.

Horne told the Evening Leader: "Terms have been agreed in principle with Louis and I am confident he will be coming to Wrexham."

Moult began his career at hometown club Stoke City, making one Premier League appearance before being released in June 2012.

He joined Northampton Town on a one-year deal but was loaned out to Nuneaton, whom he joined permanently in June 2013.