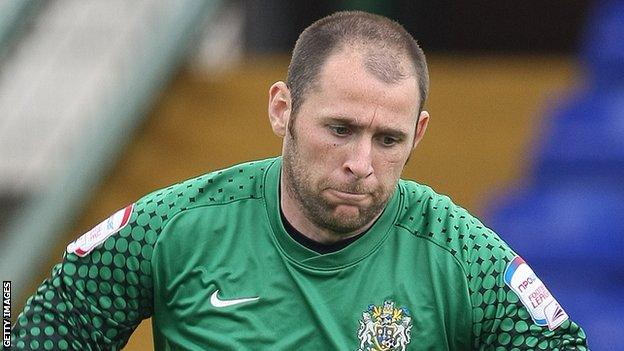 FC Halifax goalkeeper Matt Glennon and winger Adam Smith have signed new deals with the Conference Premier side for the 2014-15 season.

Glennon, 35, joined the Shaymen in 2012 from Chester FC, and made 50 appearances for Neil Aspin's side as they made the play-offs last term.

The former England C player previously had spells at 10 clubs, including Carlisle, Huddersfield and Stockport.