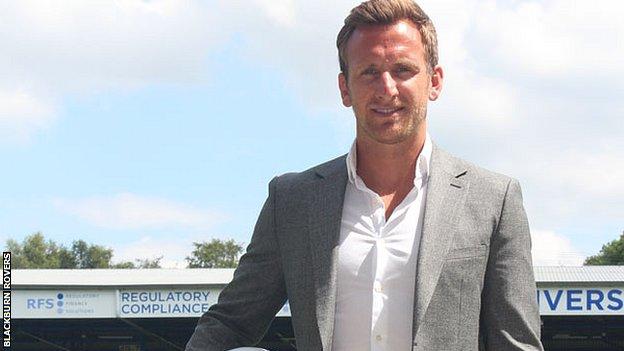 Doncaster striker Chris Brown has joined Blackburn Rovers on a free transfer, signing a two-year contract with the Championship club.

He told BBC Radio Lancashire: "I heard about the interest and I wanted to get it done as soon as possible. I'm delighted to have signed.

"I had a look around the training ground and it blows you away really."

Incoming Doncaster joint owner John Ryan revealed to BBC Radio Sheffield last week that Blackburn had made an offer for the ex-Sunderland forward.

Brown had a year remaining on his contract at the Keepmoat Stadium, but has left following Doncaster's relegation to League One.

He continued: "It was my most consistent season and I enjoyed working with [Doncaster manager] Paul Dickov and his staff. I'm thankful because when I was fit, I seemed to be in the team.

"I thought that, for a lot of the season, I was playing some of my best football.

"I'm coming to a team that are genuine promotion contenders in my opinion and I want to be a part of it."