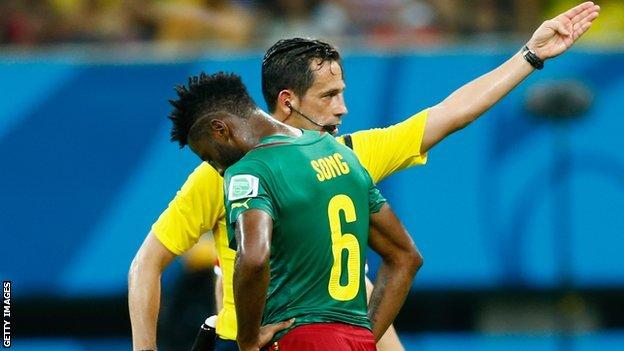 Cameroon's Alex Song has been given a three-match ban by Fifa for elbowing Croatia striker Mario Mandzukic.

The midfielder was sent off for the offence in the 40th minute of the World Cup Group A match on 18 June.

Cameroon were a single goal down at the time and went on to lose 4-0 and crash out of the tournament in Brazil.

Song, 26, immediately incurred an automatic one-match ban but Fifa extended the suspension because of the nature of the offence.

He will miss Cameroon's final match against Brazil on Monday and will also be unavailable for his country's next two official matches.