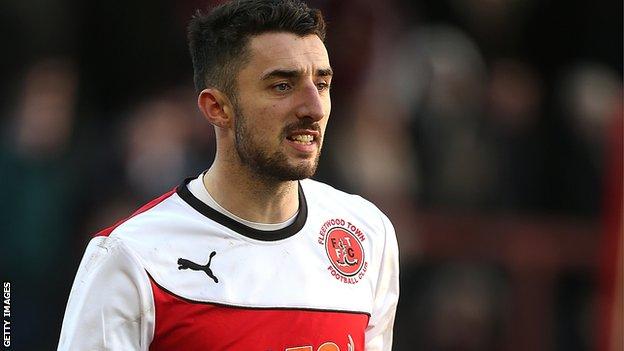 Full-back McLaughlin has spent two seasons at Highbury since joining from Preston North End in July 2012.

The 22-year-old played 47 games last term to help the Lancashire club win promotion to League One.

McLaughlin appeared for his country in recent friendlies against Uruguay and Chile, shortly after Fleetwood's play-off final win over Burton at Wembley.

"It was a hard one to get done because I was obviously away with Northern Ireland in South America, and I've been away on holiday the past couple of weeks," he told the club website.

"I'm really happy to get it done now though.

"Last season couldn't have gone any better really, and the situation I was in last pre-season is completely different to the one I'm in now.

"I'm going to have to get my head down now and work hard to make sure I'm in the team come the start of the campaign."