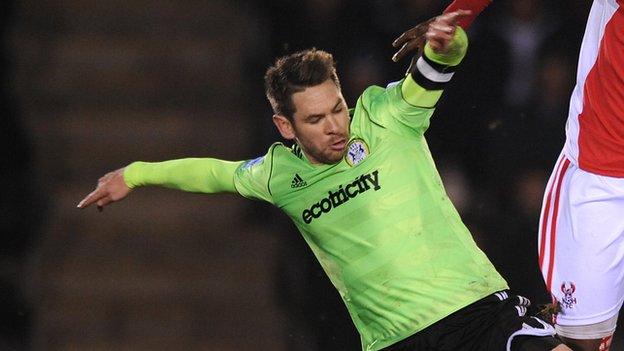 Stafford-born Hodgkiss, 27, has signed a one-year deal to become Harriers' fifth new signing of the summer.

"It's great to have somebody with his experience. He definitely fits the bill," said Harriers boss Gary Whild.

Hodgkiss began his career with West Bromwich Albion, spending four seasons at The Hawthorns, including loan spells with Aberdeen and Northampton Town, before moving in 2009 to Forest Green, where he made 164 Conference Premier appearances.

Although he can also play on the left flank, Hodgkiss is expected to be a straight replacement for Lee Vaughan, who has moved to Cheltenham Town.