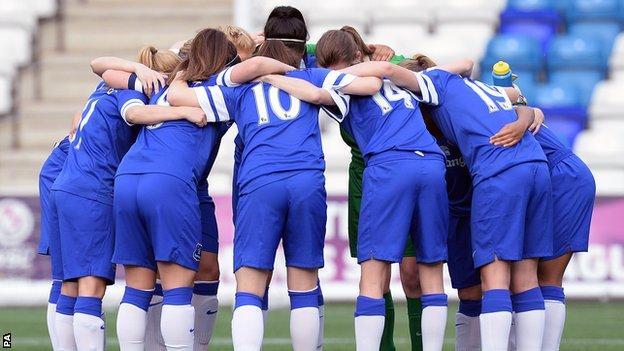 The Football Association has agreed to expand the Women's Super League for the start of the 2016 season.

Clubs from the new-look Women's Premier League will compete for entry from the 2014-15 season, starting on 24 August.

The Women's Super League currently consists of two divisions - an eight-team WSL 1 and a 10-team WSL 2.

For the start of the 2016 season, one WPL club will join WSL 2, with another joining the following season.

Simmons added: "When we launched the FA WSL in 2011, it was always our aim that the elite women's division would be supported by a viable, sustainable pathway from the winter football pyramid.

"Expanding the FA WSL was one of our longer-term aims. We made a commitment to FA WPL clubs in January that we would look at the possibility and potential timescales of doing that and it's great that we have been able to confirm this for the start of the season.