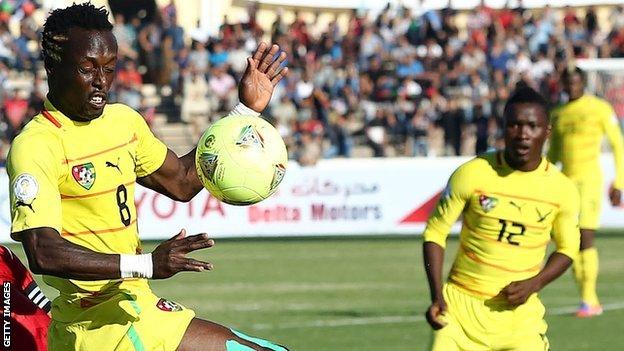 Togo have appointed Tchanile Tchakala as the new national team coach on a six-month contract.

The 46-year-old Togolese replaces Frenchman Didier Six, who he was assistant to for the past two years.

Tchakala's task will be to lead the team to the 2015 Africa Cup of Nations in Morocco, with qualification starting in under three months.

His first competitive match in charge will be the Group E tie away to Guinea on 5 or 6 September.

Togo will also face Ghana in Group E, along with the winner of a play-off between Uganda and Equatorial Guinea.

Tchakala was a player in the German league between 1992 and 1995 and took his coaches badges in Germany.

His first coaching roles came with Togolese sides Maranatha and Dyto FC and JST of Niamey in Niger.

Tchakala's elder brother Bana Tchanile is also a former national coach but was banned from football for three years after taking a team masquerading as the national side to play a friendly fixture against Bahrain in 2010.