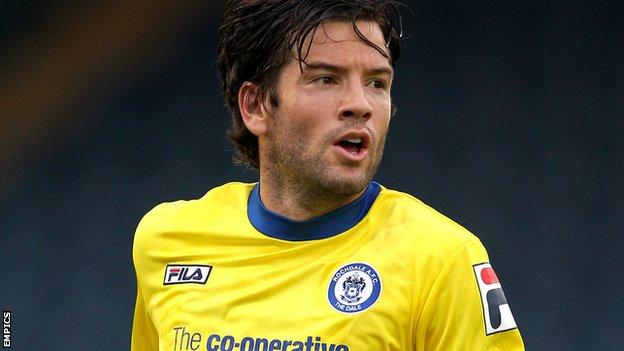 Rochdale player-coach Brian Barry-Murphy has signed a new two-year contract with the League One newcomers.

The 35-year-old joined Dale in 2010 and was added to Keith Hill's coaching staff at the start of last season.

Winger Ian Henderson, midfielder Matty Done and goalkeeper Josh Lillis have also agreed new deals and the club have taken up an option on George Donnelly.