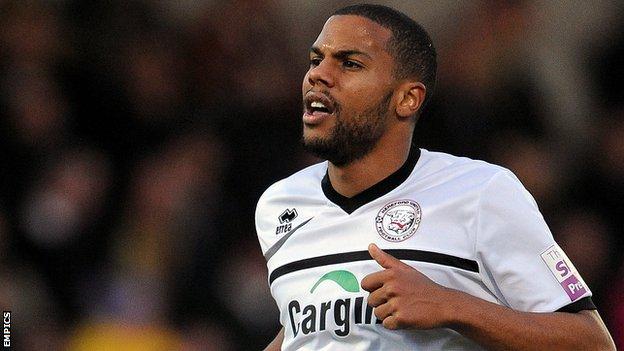 Southport have completed the signing of 23-year-old defender Dominic Collins.

Collins played under Southport manager Martin Foyle at Hereford last season before leaving the Bulls, who have been expelled from the Conference Premier.

"Dom will be very good to have around the club," Foyle told the club website. "He has an excellent character and was one of my pre-season targets.

"We have now signed Dom and Luke Foster, which means we are getting competition into our squad."

Collins played 34 league games for Hereford last season and, although they avoided relegation on the final day of the campaign, they were thrown out of the Conference earlier this month as a result of their financial problems.