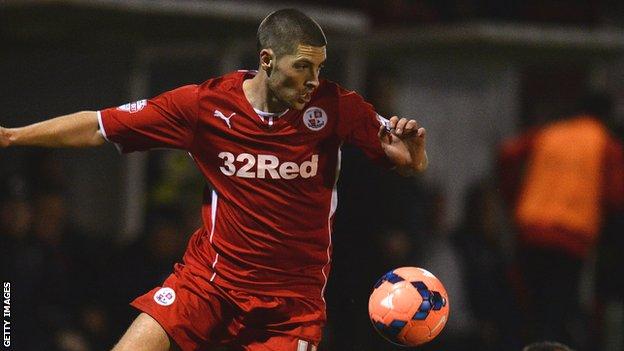 Jamie Proctor has signed a two-year contract at Fleetwood Town following his departure from Crawley.

The striker in Town's third signing, following Danny Andrew and Keith Southern, ahead of the new season.

The 22-year-old joined Crawley from Swansea in January 2013, having come through the youth system at Preston.

He was offered a new contract by Crawley, but the club withdrew the offer after their deadline to accept it passed at the end of May.

Proctor, who made a total of 67 appearances for Crawley, scoring 14 goals, will officially join Fleetwood on 1 July.