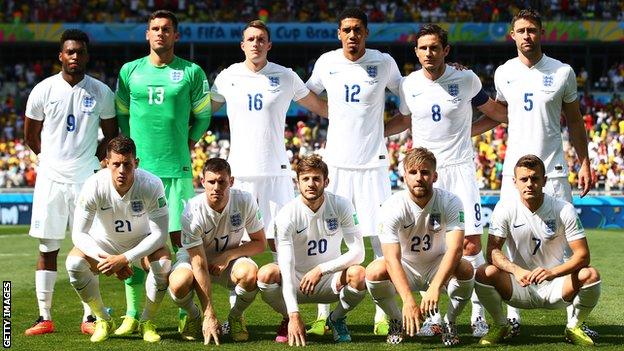 Impressive display. Safe handling and one outstanding save to turn Celso Borges' free-kick on to the bar.

Often clumsy and showed nothing by way of creation. Certainly not an international right-back.

Solid effort from Chelsea's defender. The one member of England's current first-choice defence who can feel fully confident about starting the Euro 2016 campaign.

Often careless in possession. Has failed to kick on and leaves Brazil with work to do to prove he can slot into England's central defence.

Steady performance on what looks certain to be his final England appearance.

Worked hard and set up a chance for Daniel Sturridge with a neat flick.

Usual tireless effort but quiet and had little influence on affairs.

Some nice touches but the odd concession of possession too. Great promise though.

He was also industrious with one or two nice touches. Did nothing to harm his reputation.

Had all England's best chances but not his day in a game that almost deserved to end goalless.

Couple of lively runs and had a penalty appeal turned down.