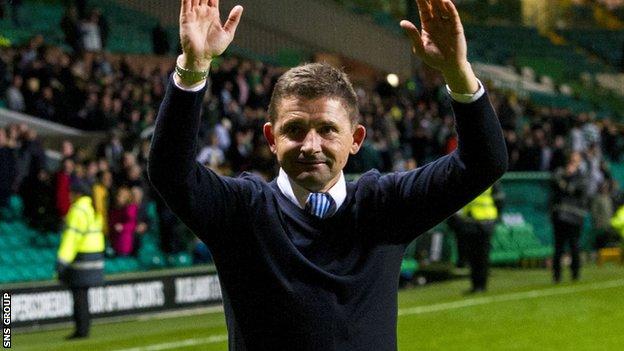 Moore, 49, takes over from Paul Sheerin, who left Gayfield to take up a coaching role at Aberdeen.

And he will be assisted by former Albion Rovers manager Todd Lumsden, with Stewart Petrie moving on after four years in the role.

Arbroath were relegated to Scottish League Two after finishing season 2013-14 bottom of League One.

Moore was in charge of Stirling from 2002 until his move to Cappielow in 2010.

He steered the Greenock side to second place in the second tier in 2012/13 but was sacked in November 2013 after a 5-1 defeat by Livingston left them bottom of the Championship.