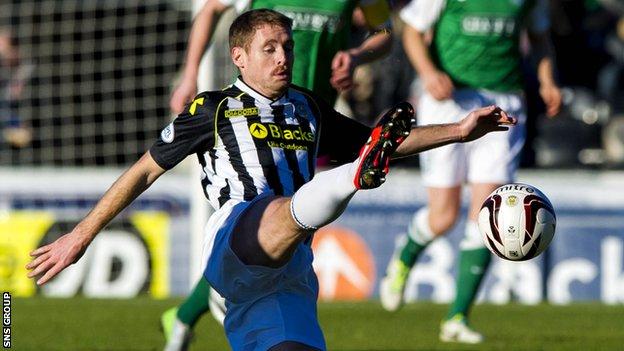 Former St Mirren full-back David van Zanten has joined Dumbarton on a one-year deal, with the option of staying for a further 12 months.

The 32-year-old was released by the Paisley club after making more than 330 appearances over two stints.

"He's played at the highest level in Scotland and is top flight quality," manager Ian Murray told the club website.

"A player of his calibre opting to join us is a very good sign."

A League Cup winner with the Buddies in 2013, Van Zanten, who also had spells at Hibs, Morton and Hamilton, made 18 appearances last season.