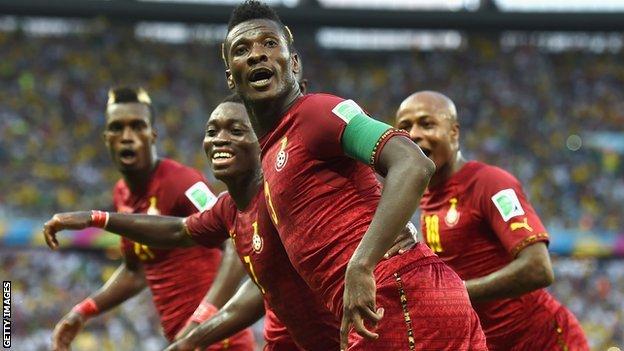 Ghana's government has sent more than $3m (£1.8m) in cash by plane to Brazil to pay the appearance fees owed to the national team at the World Cup.

He added: "The government had to mobilise the money and a chartered flight to Brazil."

Ghana must beat Portugal in their final Group G game on Thursday to have any chance of staying at the World Cup.

And even a win would not be enough to put Ghana through to the knockout phase if United States and Germany were to draw their match.

Earlier this week, there were rumours the Black Stars could boycott training ahead of the game if their demand for payment was not met.

As unrest grew in the Ghana camp, Ghana President John Dramani Mahama personally assured the players they would receive their money.

A statement from the Ghana Football Association said: "The government is pre-financing the payment of the Black Stars appearance fees, which will be reimbursed when Fifa's prize money for Ghana's participation in the World Cup is paid."