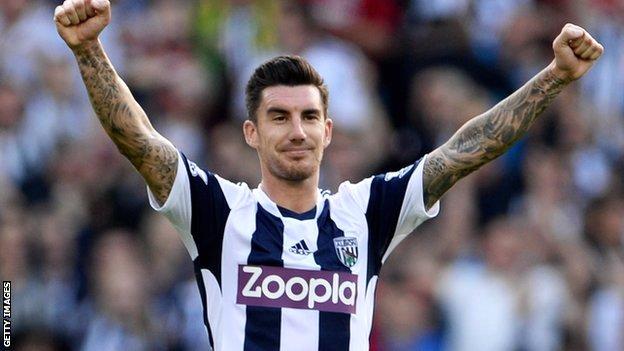 The ex-England Under-21 defender, 29, left West Bromwich Albion at the end of last season when his deal ran out.

"Despite receiving several attractive offers to stay in the Premiership, he chose the Timbers," said Portland general manager Gavin Wilkinson.

The 25-year-old Baggies defender, who signed from Rochdale four summers ago, followed the lead of the request put in by midfielder George Thorne, who remains a target for Derby County.

Londoner Ridgewell, who began his career with Aston Villa before also playing for Midlands rivals Birmingham City and Albion, has the pedigree which made him the "ideal choice", said Timbers head coach Caleb Porter.

"He's been playing game in and out in the Premier League versus many of the top attacking players in the world," said Porter. "He will enhance our backline for the second half of the season and beyond".

"Liam was incredibly taken by the fans and atmosphere generated here in Portland," said Wilkinson.

"He chose the Timbers because of his belief in the vision and football philosophy of the organisation.

"He is keenly committed to helping this club exceed its already lofty goals this season, and for seasons to come."

Ridgewell played 33 times for the Baggies last season, scoring once as the club narrowly avoided relegation from the top flight.