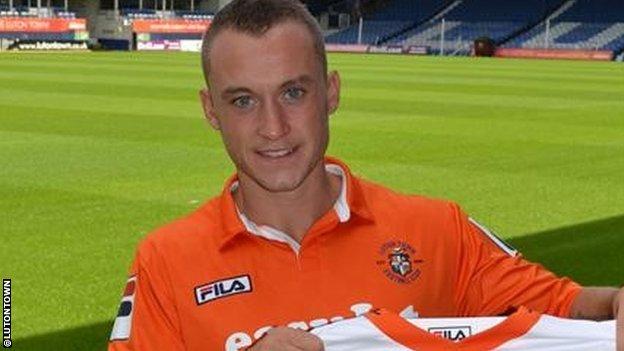 The 25-year-old will be moving up two divisions to join the Hatters, who were promoted to League Two in May.

He scored 28 goals in all competitions for the Pilgrims last season and has previously played for Stamford.

"He's a striker that likes to run in behind and puts defenders under pressure," said boss John Still.

"Ricky reminds me of a [former Sunderland striker] Kevin Phillips-type striker in and around the box, sniffing out chances, and a [current Brighton man] Craig Mackail-Smith-type striker when he hasn't got the ball, with his work-rate and enthusiasm.

"We've given Ricky a year and hopefully during that time we can see him develop further, just like a number of our other younger players."