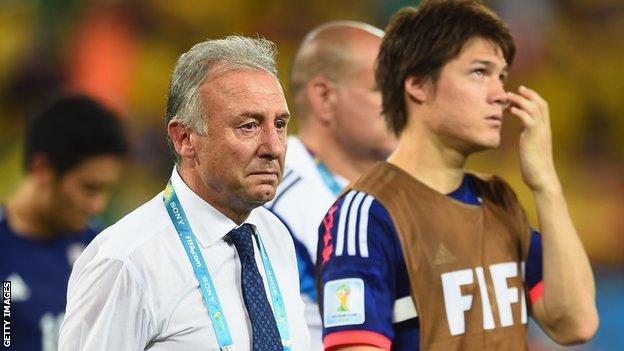 Alberto Zaccheroni has quit as Japan coach after his side failed to reach the last 16 at the 2014 Fifa World Cup.

The Italian, 61, who replaced Takeshi Okada in 2010, had said originally he would wait until he returned to Japan before considering his future.

Zaccheroni's side finished bottom of Group C and collected just one point.

They only managed to score twice in three games, losing 2-1 to Ivory Coast,drawing 0-0 with Greece and then going down 4-1 against Colombia on Tuesday.

Under Zaccheroni, Japan won the AFC Asian Cup in 2011, beating Australia 1-0 in the final in Qatar.