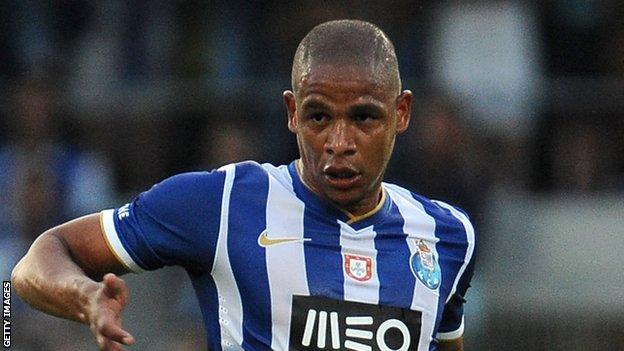 Manchester City have completed the signing of Brazilian midfielder Fernando from FC Porto.

The Portuguese club announced the deal on the Lisbon Stock Exchange on Wednesday after agreeing a fee with City in the region of £12m.

City confirmed the deal on Thursday although the length of the 26-year-old's contract was not disclosed.

"I will give my all every time I play and I'm looking forward to many happy years in Manchester," Fernando said.

Fernando was first linked with City in January and becomes the Premier League champions' second summer signing after the recruitment of Arsenal right-back Bacary Sagna.

"I am so happy to finally be joining Manchester City," he added. "I know there was talk of me possibly signing last January so I am delighted that the deal has now been done and that I am a City player.

"I'm looking forward to meeting my new team-mates and helping City to defend the title. It is a very exciting time to be part of this football club and I cannot wait to play in the Premier League."

Fernando joined Porto in 2007, where he won four league titles and the Europa League in 2011.

"I have enjoyed my stay with Porto and I thank the club and the fans for their support during my time in Portugal. Now I am ready for a new chapter in my career."

The defensive midfielder - who has never been capped by his country - will wear the number six shirt recently vacated by Joleon Lescott.