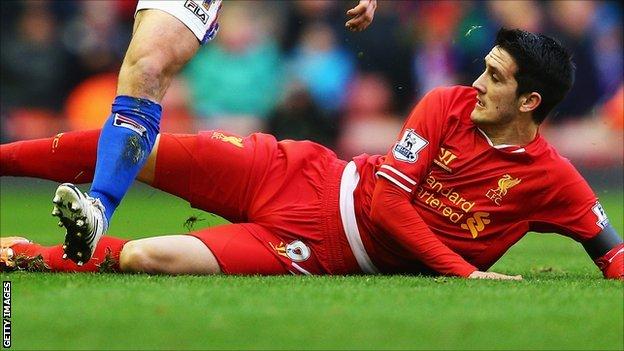 Alberto, 21, made just two starts and 10 substitute appearances after an £8m move from Sevilla last summer.

He made his debut for Sevilla aged 18 in April 2011, but that was one of just seven first-team appearances he made for the club.

"The 21-year-old will spend the entirety of 2014-15 with the side that finished 11th last season," said a Liverpool statement.