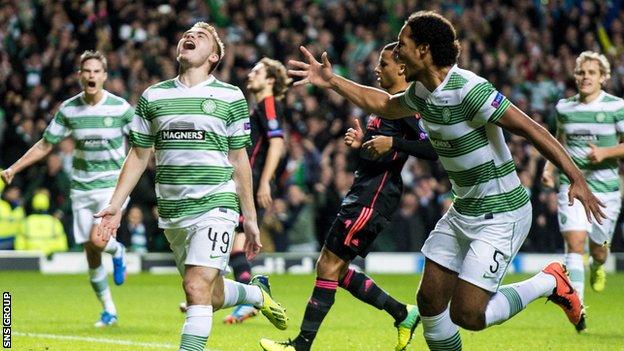 Celtic have come to an agreement with KR Reykjavik to swap the order of their Champions League qualifying tie.

The first leg of the second round encounter will now be played in Iceland on 15 July.

The return match will be played at Murrayfield Stadium in Edinburgh since Celtic Park is being used for the Commonwealth Games,

"It could be worse and it could be better. It's an okay draw," was manager Ronny Deila's reaction.

The Icelandic champions have already played nine games of their league campaign, and currently sit fourth in the table, three points off top spot.