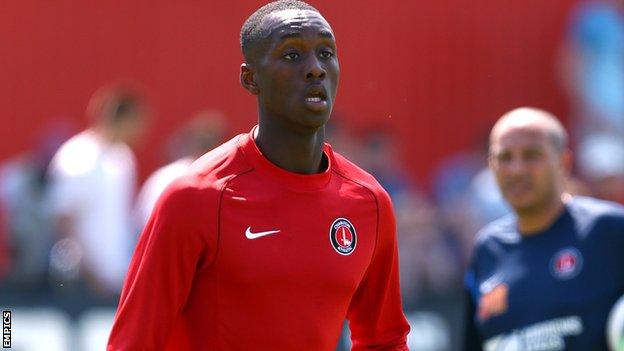 The 20-year-old came through the youth academy at The Valley, but only made one senior appearance for the Addicks.

He scored five goals in 25 appearances last season during loan spells at Torquay and Dagenham & Redbridge.

"We are going to play two strikers whenever we can next season and Ade gives us a great option with his pace," Dons boss Neal Ardley said.

"He's a player who is different to the other two," Ardley told the club website.

"We wanted the third forward to be a young striker who we could develop with different attributes.

"We have someone who is a very good at holding the ball up and another who is an outstanding finisher. If Ade cannot learn from those two then I'd be very surprised."

The Dons have not disclosed the length of Azeez's contract.