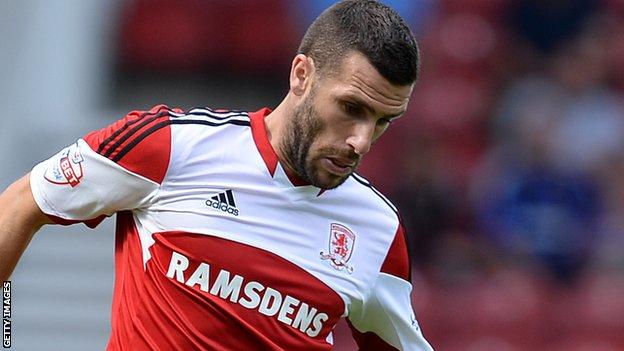 Hartlepool United have signed defender Stuart Parnaby on the back of his release by Middlesbrough at the end of the past Championship season.

The Durham-born player played in the Teessiders' 2004 Uefa Cup final defeat by Sevilla in Eindhoven.

In addition to two spells at the Riverside, Parnaby also played for Birmingham City and won four England Under-21 caps.