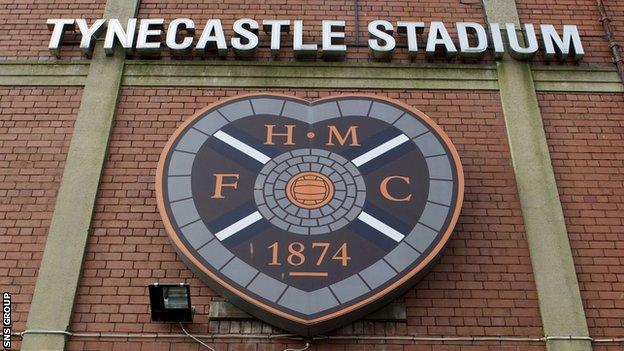 The 22-year-old defender is described as an "excellent development prospect" by head coach Robbie Nielson.

Ozturk, capped at Under-21 level, moved to Trabzonspor from Dutch side SC Cambuur but could not break through at the Black Sea club.

"I think the fans will really take to him," Nielson added on the club website. "He is big, strong and athletic and is good on the ball, too."

He becomes Hearts' fifth summer signing as the Tynecastle club prepare for next season in the Championship.

"I think him and Danny Wilson will form a great partnership," said Nielson.

"He was playing so well he got a move to Turkey. He was sold to Trabzonspor 18 months ago for quite a bit of money. He didn't really enjoy things there, though, and ended up not playing for the first team, eventually moving to Trabzonspor's B side.

"We have been trailing him for a few weeks and didn't think we had a chance of getting him but I'm delighted to have signed him and sometimes you just have to wait a little while to get players like him."