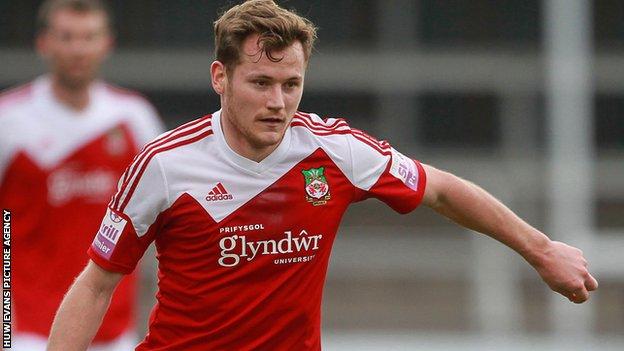 Midfielder Joe Clarke is to remain at Wrexham after signing a fresh one-season deal.

Clarke, 26, joined as a non-contract signing from Solihull Moors in August, 2011 and earned a formal deal by December of that year.

The ex-Darlington player appeared in 47 of Wrexham's 51 games during the 2013-14 campaign.

He had pondered a move away from the Racecourse, but decided to stay with the Conference Premier club.