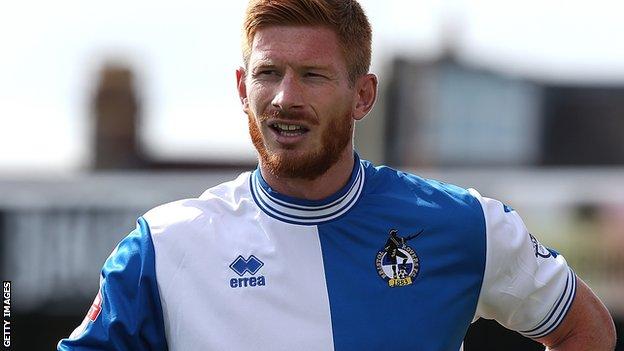 League One side Crawley Town have signed Bristol Rovers striker Matt Harrold on a free transfer.

The 29-year-old scored seven goals in 36 appearances last season as the Pirates were relegated from League Two.

The Reds have not disclosed the length of the former Yeovil, Southend, Wycombe and Shrewsbury man's contract.

Harrold, who is Crawley's ninth signing of the summer, joined Bristol Rovers from Shrewsbury in the summer of 2011 and scored a total of 27 goals in 87 games for the club.

"Matt will give our attack a real physical presence but he's also very good on the floor and links the play well," Crawley boss John Gregory told the club website.

"When we played Bristol Rovers last season I was very impressed with him. He's come here for a fresh challenge and has scored goals at this level in the past and I think he can do so again."

Former Blackpool and Grimsby midfielder Groves, 48, was in charge of the Mariners from 2001 to 2004 and subsequently had spells coaching at Portsmouth and West Ham.

He was appointed Bournemouth manager in May 2012 but was relived of his job five months later, although he has since spent time coaching in their youth set-up.

"Paul will be a valuable member of the backroom team and is someone who is very experienced," Gregory said.