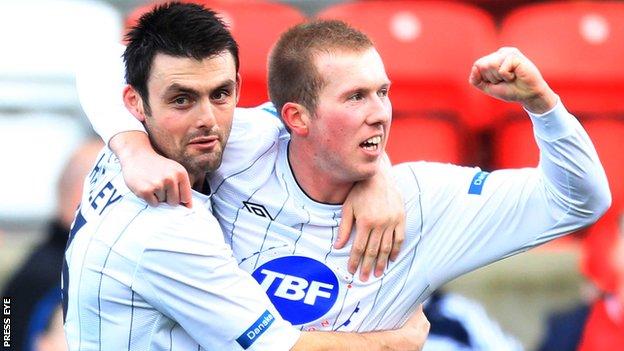 Derry City have signed former Coleraine winger Stephen Dooley after his return from studying in the United States.

Candstripes boss Peter Hutton confirmed the arrival of the the 22-year-old from Portstewart after Friday night's 2-2 league draw with Dundalk.

"I've been keeping tabs on him since he was 16-17 - he's an exceptionally good right winger, very dynamic with plenty of pace," said Hutton.

"We're delighted because there were a few clubs after his signature."

Hutton was impressed with Dooley when he played two games for the Bannsiders over the Christmas period last season.

"He made a massive contribution in those two games, scoring and setting up goals," he added.

"He's finished his scholarship in America and I'm delighted to sign him."

Meanwhile, Coleraine defender Aaron Canning has signed a contract extension which will keep him at the Showgrounds to 2016.