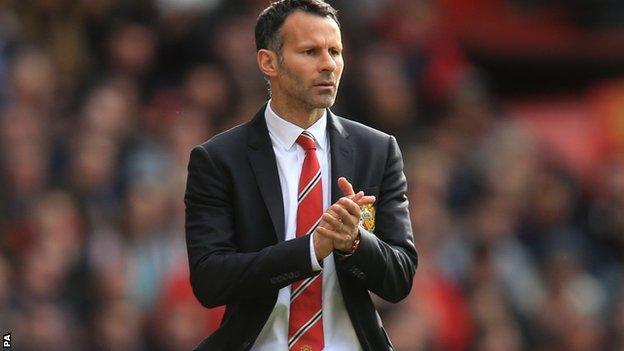 Manchester United assistant manager Ryan Giggs has admitted he is "not quite ready" for frontline management.

Giggs took over at Old Trafford for the final four games of the season following David Moyes' dismissal.

"There were a lot of things I was quite happy with. But there was the odd thing where I thought 'I'm not quite ready for this'," Giggs told thefa.com.

"I thought I could do with a little bit more experience."

Giggs was appointed to Moyes's coaching team last summer, although he continued his playing career alongside his new role.

Now the Welshman has retired from playing - after 963 appearances for United and 64 caps for Wales - he believes it will be easier to absorb the lessons to be learned from a manager as experienced as Van Gaal.

"This year I can put everything into it and learn from someone who has managed at the top in so many other countries," said Giggs.

"It has been a good thing that I have been with [former United boss] Sir Alex Ferguson for so long but I am now getting to see how other people work as well."