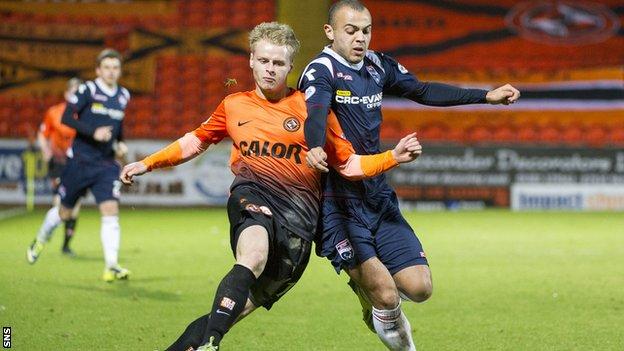 Ben Gordon has revealed he has left Ross County, despite the club's recent announcement that he had signed a new one-year contract.

It is understood the full-back had yet to officially put pen to paper on the new deal.

"After a lot of consideration, I won't be extending my contract with the club," said the 23-year-old.

"I need to be playing in England to advance my career and also in terms of consideration towards my family."

Former Kilmarnock and Chelsea player Gordon was a regular for the Staggies as they retained their spot in the Scottish Premiership last season.

And he was praised by County manager Derek Adams for showing "great maturity" during the campaign, when the club revealed he was set to stay in Dingwall.

"I really enjoyed my year with Ross County," added Gordon, who is the subject of interest from south of the border.

"The gaffer's been brilliant with me, as has George Adams [County's director of football], it's a fantastic club with fantastic fans and I wish them all the very best for the season - they'll surprise a lot of people."