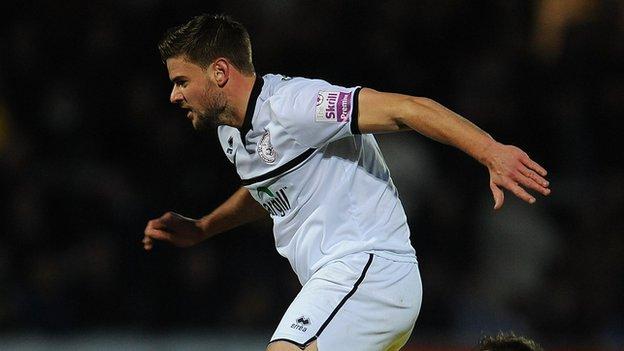 Smith, 24, formerly with Cambridge United and Lincoln, was released by the Bulls before last month's expulsion to the Southern League.

He follows defender Rod McDonald by moving to promoted Telford to remain in the Conference Premier.

But the Bucks, as expected, have lost experienced midfielder Alan Moogan.

Last season's player-coach has left the Bucks Head to take up a community coaching role with Liverpool, while fellow coach and club scout Kevin Lee has left because of work commitments.

Smith is the latest Hereford player to find a new club following their Bulls' sad demise.

And striker Michael Rankine, the man who scored the goal which kept Hereford in the Conference Premier on 26 April, only for them to be expelled from the league for failing to pay their debts, has moved to Gateshead.