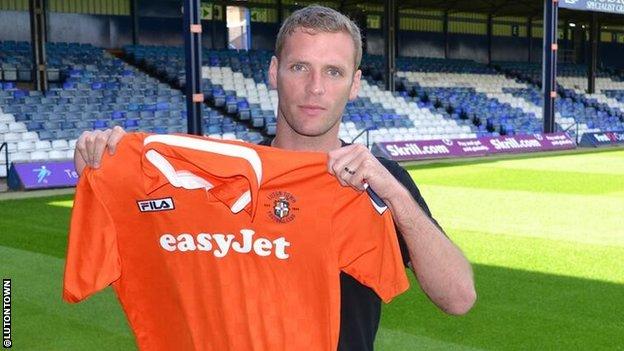 Midfielder Andy Drury has returned to Luton Town from Crawley Town for £100,000 on a two-year contract.

The 30-year-old left the Hatters in January 2011 after half a season, having scored eight goals in 26 games.

He went on to feature 64 times for Ipswich before joining the Reds last summer after a previous loan spell.

"We've had to be patient to sign Andy but now we have secured his signature I'm absolutely thrilled," Luton boss John Still told the club website.

"He's played in the Championship and in League One in recent seasons and I know what he's capable of.

"I see Andy as a central midfield player but he is flexible enough to play in a variety of positions and that's always a big plus."

Drury, who will line-up in League Two with last season's Conference Premier winners, added: "I've come back to Luton as a better player than when I left.

"It's a great opportunity for me. This club might be back in the Football League now, but it is still not at the level it deserves to be."