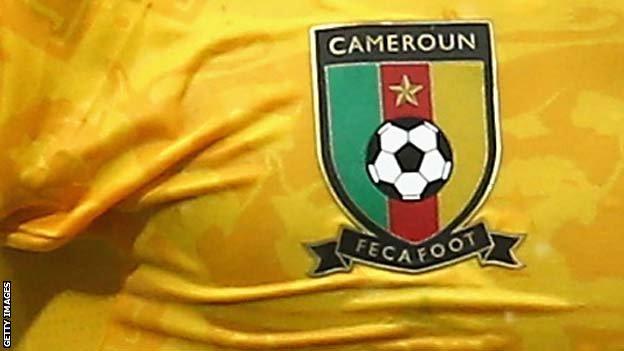 Cameroon officials are to investigate claims that seven of their players were involved in match-fixing at the World Cup in Brazil.

The ethics committee of the African country's football federation will look at allegations of "fraud" by "seven bad apples" in their three group games.

The allegations have been made in a German news magazine Der Spiegel by a convicted match-fixer from Singapore.

Cameroon lost all their Group A games, including a 4-0 defeat by Croatia.

The Indomitable Lions had Alex Song sent off for lashing out at Mario Mandzukic in that game, while team-mates Benoit Assou-Ekotto and Benjamin Moukandjo clashed late on in the game.

The allegations were made by convicted football match-fixer Wilson Raj Perumal, who was detained by police in Finland in April on an international arrest warrant.

In a discussion with Der Spiegel, the Singaporean correctly forecast the result with Croatia and that a player would be sent off.

A statement from Cameroon's FA read: "Recent allegations of fraud around Cameroon's 2014 Fifa World Cup three preliminary games, especially Cameroon versus Croatia, as well of the 'existence of seven bad apples [in our national team]' do not reflect the values and principles promoted by our administration, in line with Fifa's code of conduct and the ethics of our nation.

"We are strongly committed to employ all means necessary to resolve this disruptive matter in the shortest delays."

The investigation will form part of a wider inquiry ordered by the country's president, Paul Biya, into the team's poor performance at the World Cup.

Senior betting industry sources have told BBC Sport there has been no suspicious betting activity around Cameroon's games - or any other at this World Cup.

Fifa did not comment on whether it was looking into the issue as football's world governing body did not want to "compromise any possible investigations".

It did, however, add: "Speaking generally, the integrity of the game is a top priority for Fifa and as such we take any allegations of match manipulation very seriously."

A closer look at the match fixer

Cameroon's build up to the tournament in Brazil was marred by the players refusing to board a plane to Brazil until a dispute over bonus payments had been settled.

A financial package was eventually agreed with Cameroon's football federation, Fecafoot, but the squad's journey to the World Cup had been delayed for almost a day.

They started the tournament with a 1-0 defeat by Mexico prior to the loss to Croatia and being beaten 4-1 by hosts Brazil.

"I know that it is difficult to play with 10 men, but that is not a reason to lose it to this point.

"The game was balanced until the red card. The Croatians were more clinical in front of goal, but Cameroon also had chances to score.

"The behaviour of some of the players is really not satisfactory. Even when we were 11-a-side, it was not acceptable."

The country's Football Association has called in the police to investigate the claims, although the GFA president Kwesi Nyantakyi is to sue the Daily Telegraph newspaper over its claim he agreed for the national team to play in matches others were preparing to fix.