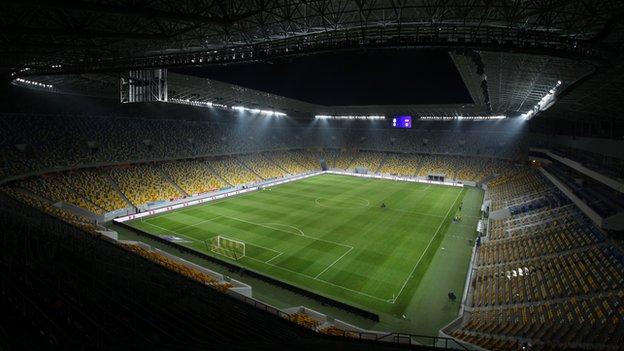 Wales' final Women's World Cup qualifier against Ukraine on 17 September will be held at the Arena Lviv stadium in Lviv.

The Arena Lviv stadium, with a capacity of nearly 35,000, was built for Euro 2012 and staged three group games.

England need only a point from their remaining two qualifiers to reach the 2015 World Cup finals in Canada.