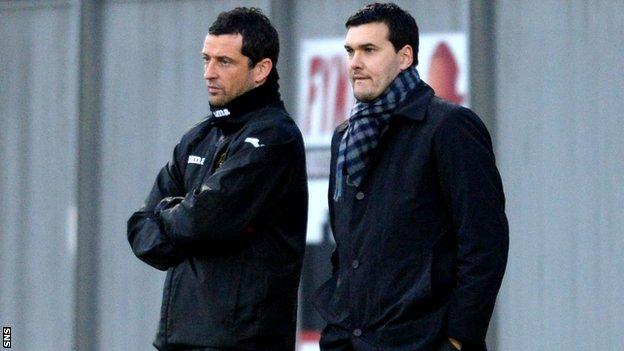 He will also be a part the management structure for Hearts youth academy.

He moved back to assistant when Ian Murray joined as player-manager, and signed on as a player for the 2013-14 season.

Ross had spells in Scotland at Clyde, Falkirk, St Mirren and Hamilton as a player.