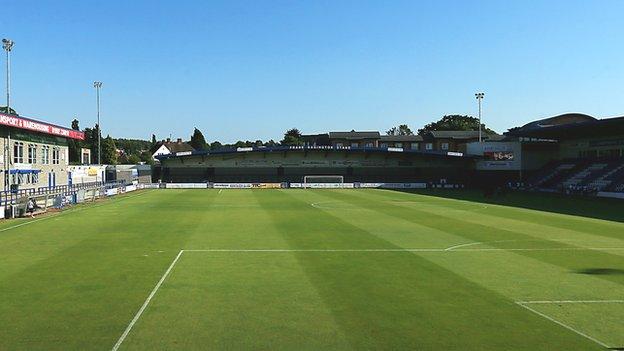 AFC Telford United have made their sixth signing of the summer by bringing in attacking midfielder Jordan Deacey from Bradford Park Avenue.

The 20-year-old, son of Avenue manager John Deacey, has also been a target for several league clubs, having been linked with moves to Scunthorpe United, Doncaster Rovers and Carlisle United.

He was on trial at Hartlepool for most of the second half of last season.

But instead Deacey has opted to sign a one-year deal with promoted Telford.

The Bucks' return to the Conference Premier kicks off on 9 August, when Telford will start the new season with a trip to Welling United.