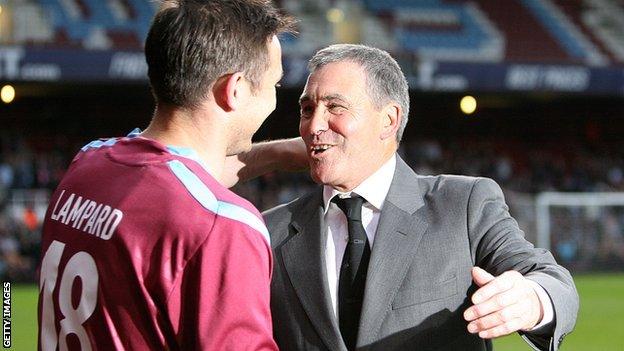 West Ham's youth chief Tony Carr is moving to an ambassador role after 40 years in charge of the club's academy, which will now be led by Terry Westley.

Carr, 63, guided the early careers of England internationals such as Frank Lampard and Rio Ferdinand, and helped generate around £80m in transfer fees.

"I will be there as a sounding board if any area of the club wants to call upon my experience and expertise," he said.

Westley is a former manager of Luton Town and Derby County.

"Having spoken to Terry, he clearly understands how much we, like every other West Ham fan, enjoy seeing our homegrown youngsters break into the first team."

In May, they announced Sam Allardyce would remain as first-team manager, despite criticism from some fans, but asked him to provide more entertaining football.