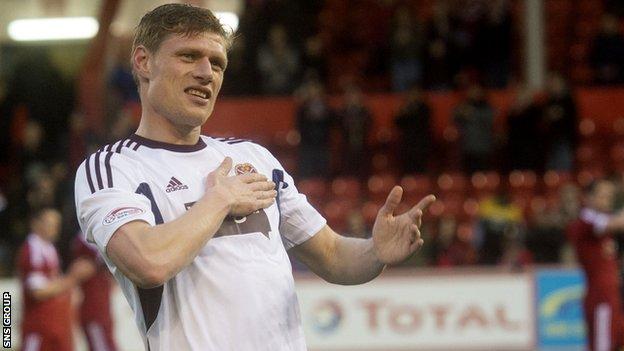 Rangers have taken former Hearts skipper Marius Zaliukas on trial for the second time in a year.

The 30-year-old Lithuanian central defender negotiated his release from Leeds on Tuesday.

He will now join Ally McCoist's squad for their Highland tour and could feature in Wednesday's friendly with Buckie Thistle.

Zaliukas trained with the League One champions last September following his Tynecastle exit.

On that occasion, he turned down the offer of a contract, choosing instead to move to Elland Road, where he made just 15 appearances last season.

Ismael Bouzid, another former Hearts defender, has also joined the League One champions on trial.