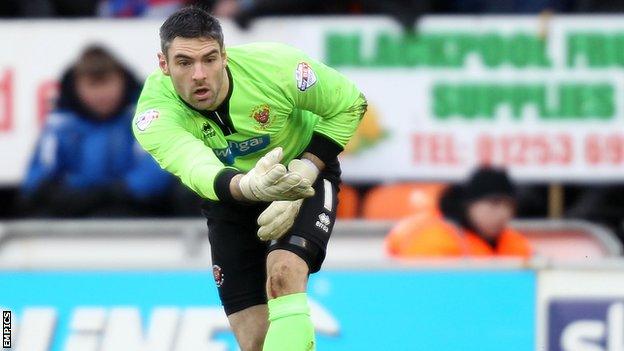 Burnley have signed Scotland international goalkeeper Matt Gilks on a two-year deal after he reached the end of his contract at Blackpool.

The 32-year-old is the Premier League club's second summer signing, following the arrival of Stoke City winger Michael Kightly for an undisclosed fee.

The former Rochdale keeper spent more than five years with the Seasiders, making 203 appearances for the club.

The 36-year-old has been with Burnley for a decade, joining from Cheltenham for £30,000 in July 2004, and helped Sean Dyche's men win automatic promotion to the top flight last term.